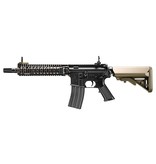 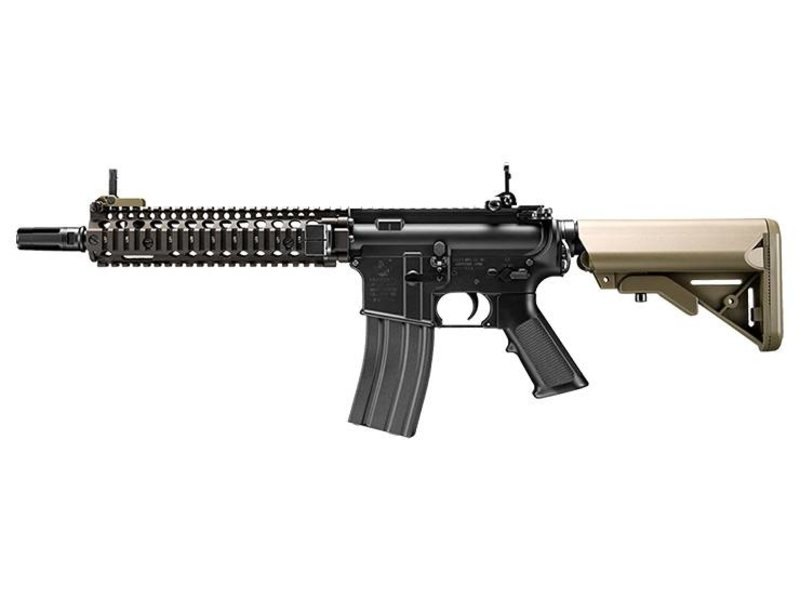 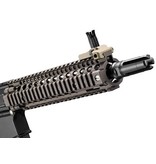 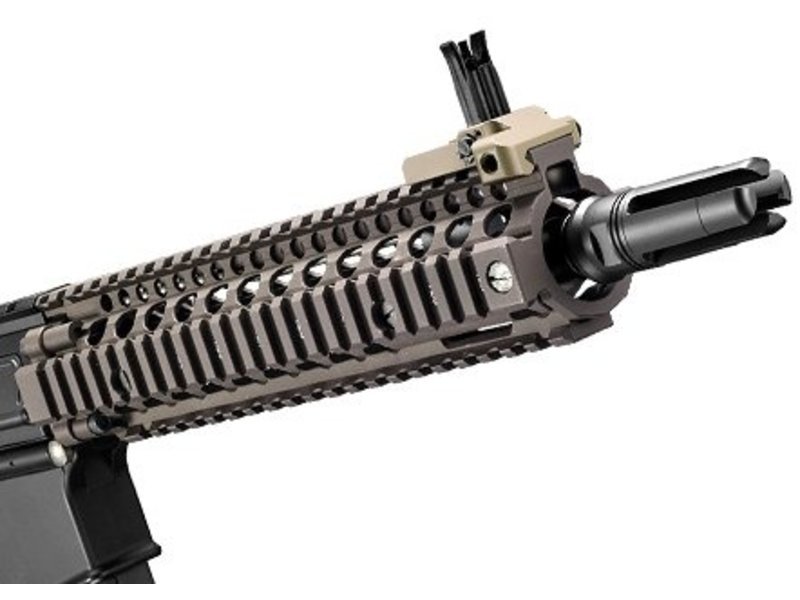 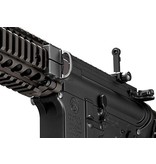 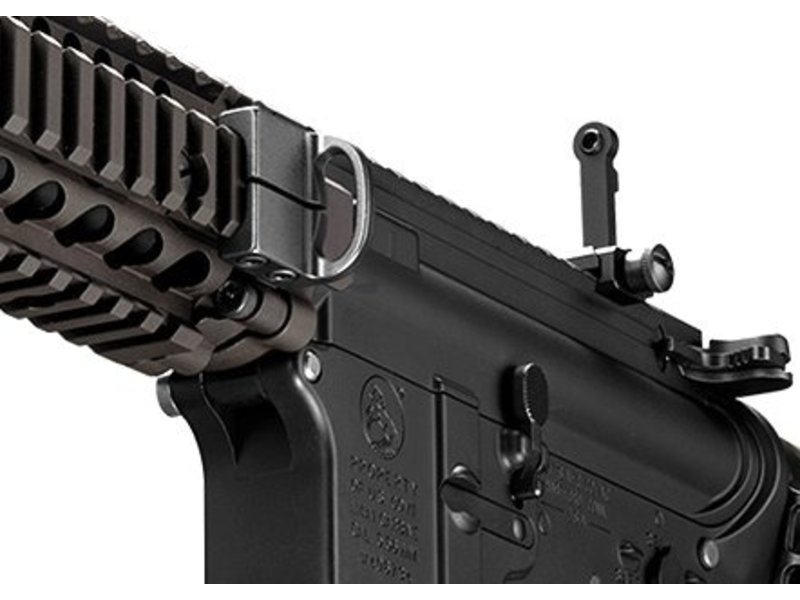 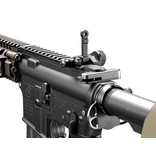 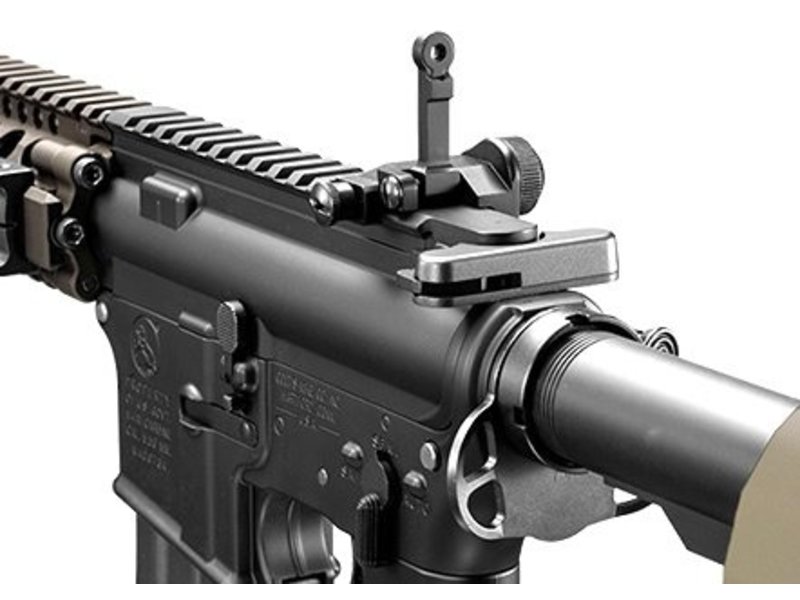 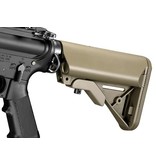 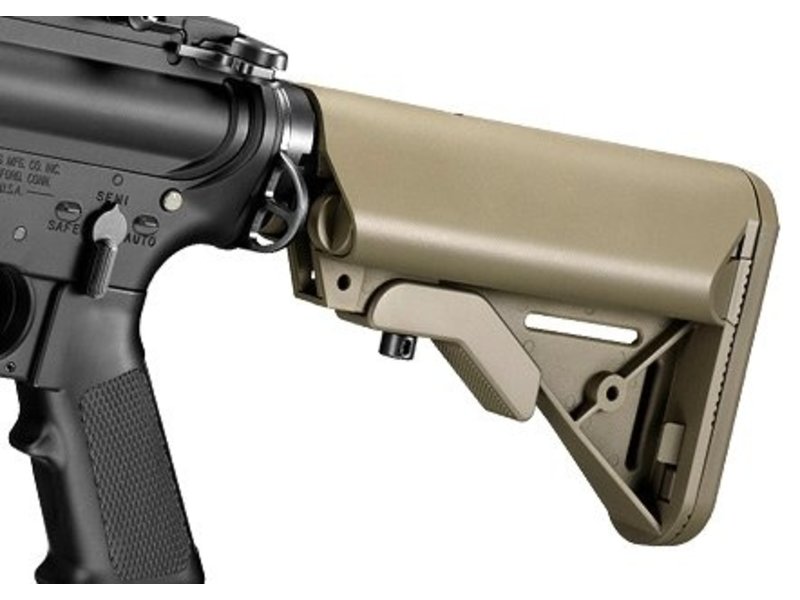 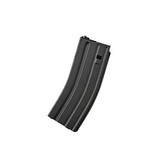 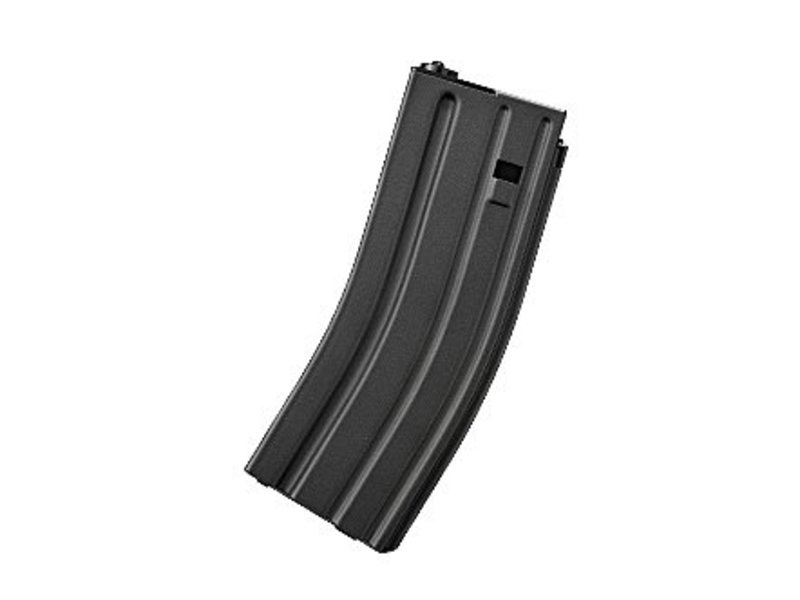 This is the Recoil shock system which is an innovative system from Tokyo Marui is adapted from the oldest M4 SOPMOD and now in this full metal DELTA HK416D , including blowback system and also a lock-bolt function which stops the gun from firing on the last round of BB fired just like the real gun and similar to the Systema PTW. Pop in a new fully loaded magazine, press on the bolt-release button on the side of the receiver and you are ready to fire again!

Employing the new SHOOT & RECOIL Engine Version 2, this new 416D is a blast to shoot with both sound and visual gratification to boot. The gun comes with a standard Tokyo Marui 82 round magazine but it can be set to work in 30rd mode for realism and to force reloads. The gun is of full aluminum (i.e. Full metal) construction with ABS stocks and grips for more realistic feel!

Shooting this gun is a LOT of fun. The blow back feature coupled together with the empty-magazine bolt-lock and release function, and the configurable 30 round magazine makes this a very realistic gun perfect even for law enforcement training purposes! But if you are a gamer and prefer a high capacity magazine, there is also the optional Tokyo Marui 430 round hi-cap magazine which can satisfy your needs (the bolt-lock feature is disabled when the hi-cap magazine is used). When the last BB is fired, the bolt lock release button pops outward for visual confirmation that the magazine is empty, and of course the trigger gives no response as well. If you hold the bolt lock release button down or remove the magazine, you can keep on firing (although no BBs will be fired).

Be advised that when choosing the 350FPS upgrade you will also need a Lipo-mod.