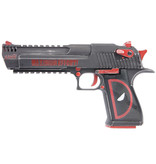 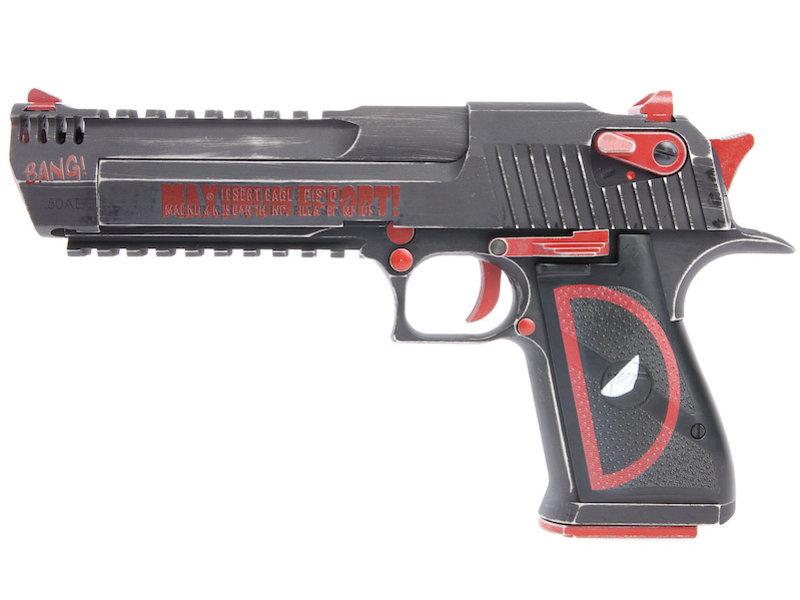 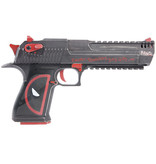 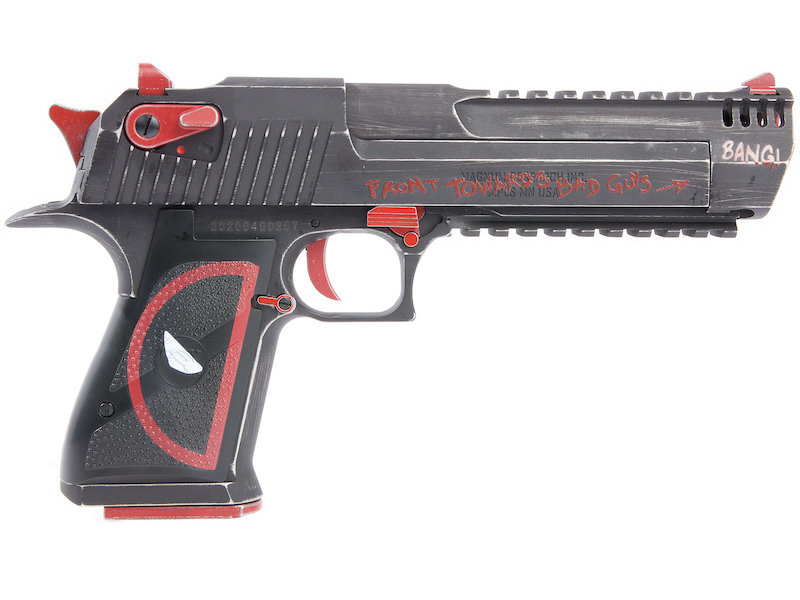 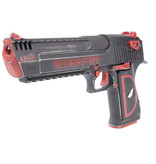 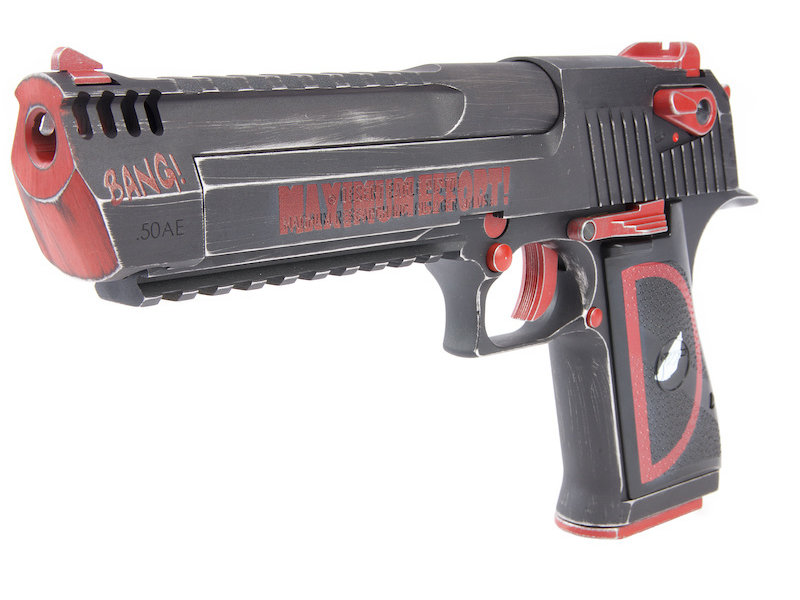 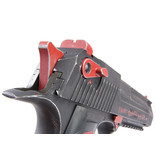 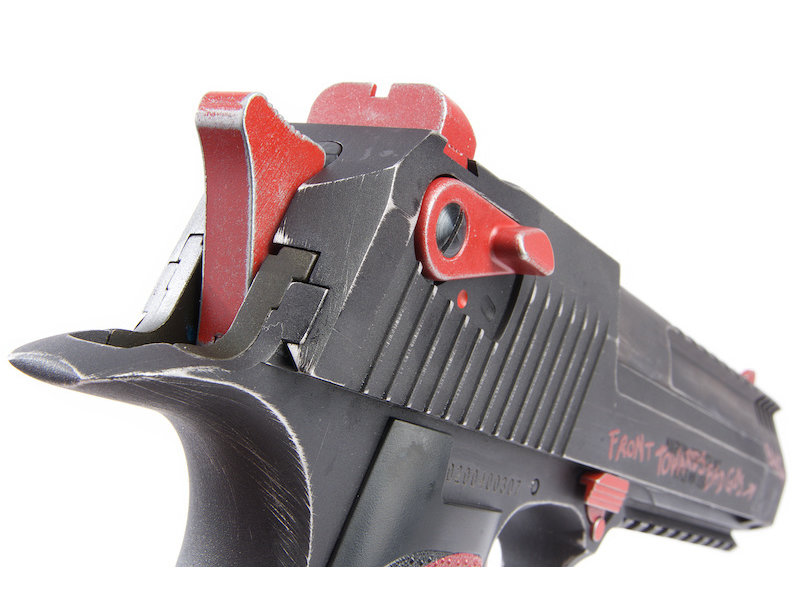 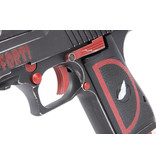 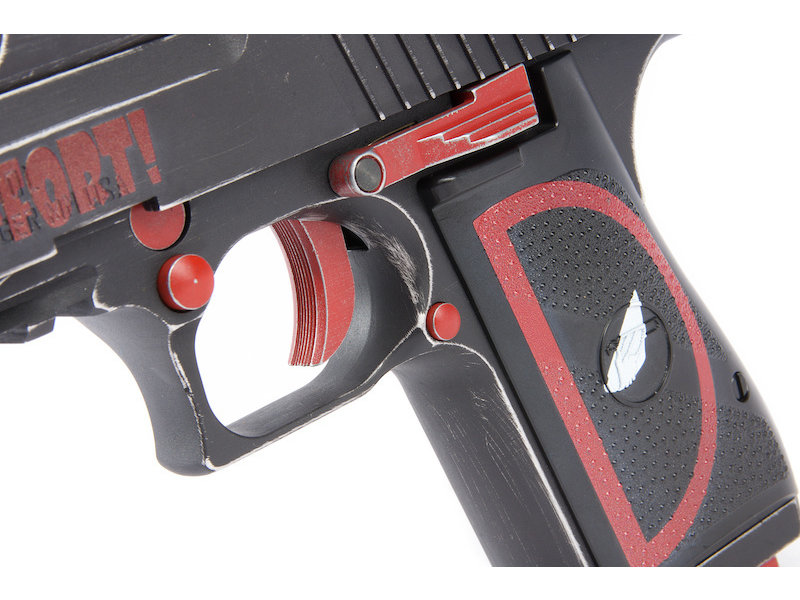 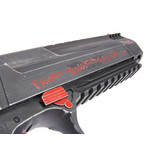 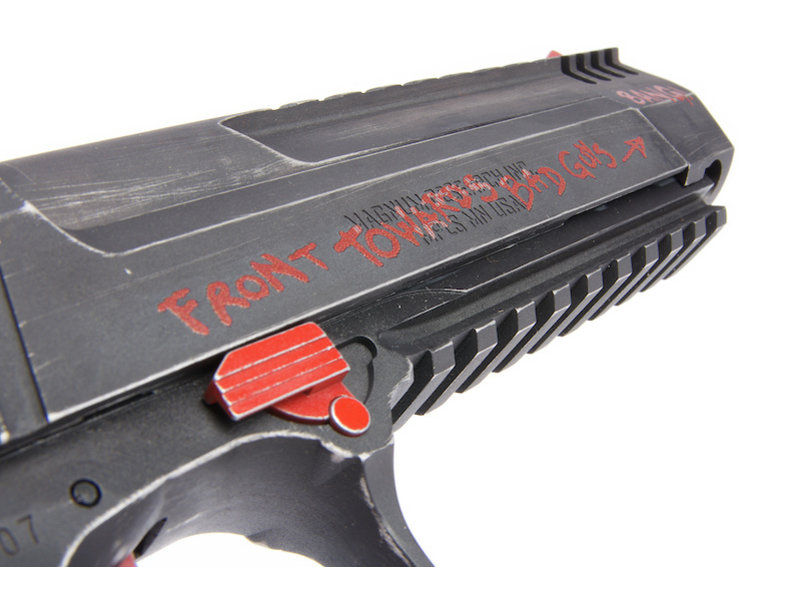 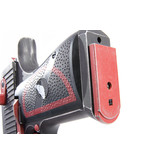 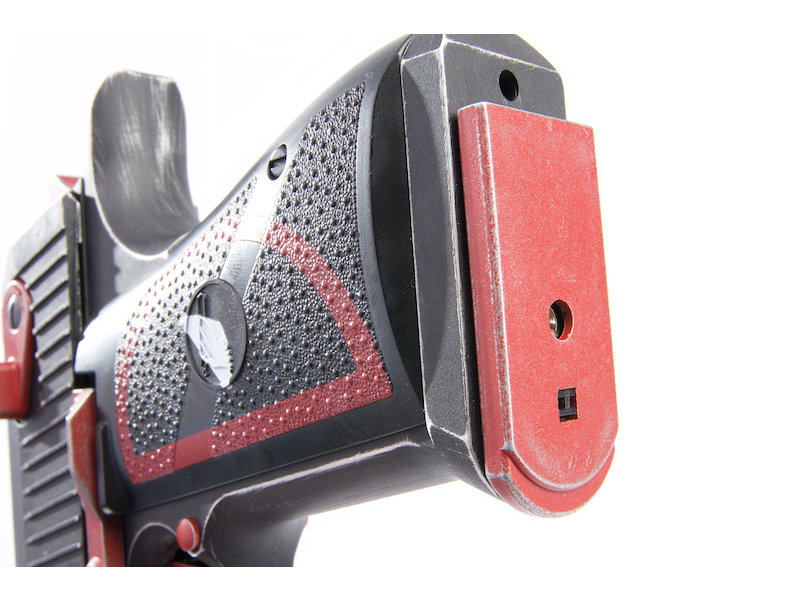 The Desert Eagle is an iconic pistol that is as much of a cultural icon as it is weapon's icon.  Much like that of the Beretta 92 and the 1911, the Desert Eagle boats one of those shapes that are instantly recognizable.  The Degal, as its lovingly called, is featured in many movies from 90's classics such as The Last Action Hero to some modern classics such as The Matrix.  Its large frame is bound to inspire the imagination.

As a weapon's platform, the Desert Eagle is a true "hand cannon" developed by Magnum Research with a round that can perpetrate body armor.  With true stopping power in mind, the huge size of the Degal is actually part of its design because it helps with absorbing the recoil and power of the round as it exits the barrel of the pistol.  For a pistol that has changed little to none over the years, the current design is much more in-line with modern weapon philosophy.

This latest design, as seen here on the airsoft counter part features a ported front end that acts as a compensator, directing gases downwards helping the gun shoot flatter.  It also features standard picatinny rail on the top and bottom the the gun for the mounting of optics, lights, and/or lasers.  As an added touch, the Deadpool paint job pays homage to the beloved Marvel character!